(a little travel journal video / behind the scenes)

We were off to Japan. There are a lot of facets to this trip (the main one involving our ongoing Tohoku / Fukushima project) but we were hoping – really hoping – to get in one day of climbing photography as well. The stars must align! 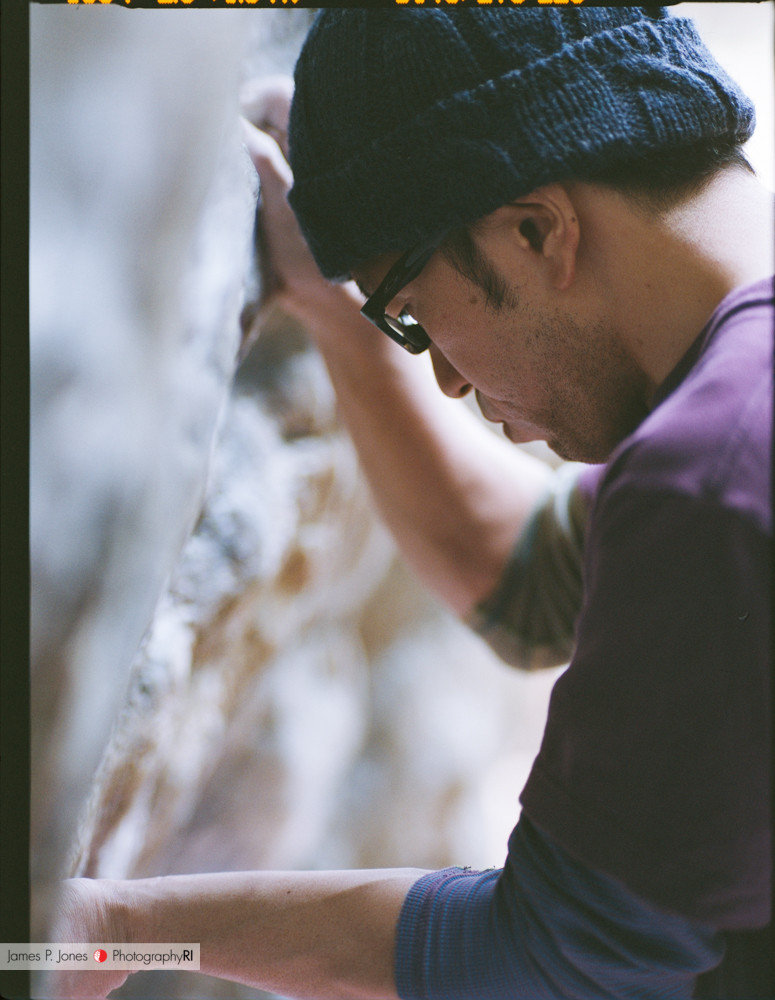 We lugged over a lot of gear – roughly half of it was just for the off-chance we got to shoot climbing. It was a bit of a long shot from the get-go but we were were all-in. We were ready for it if the chance presented itself. We shoot climbing mostly with film gear so it was a real weight commitment. I’m not whining. Mostly. 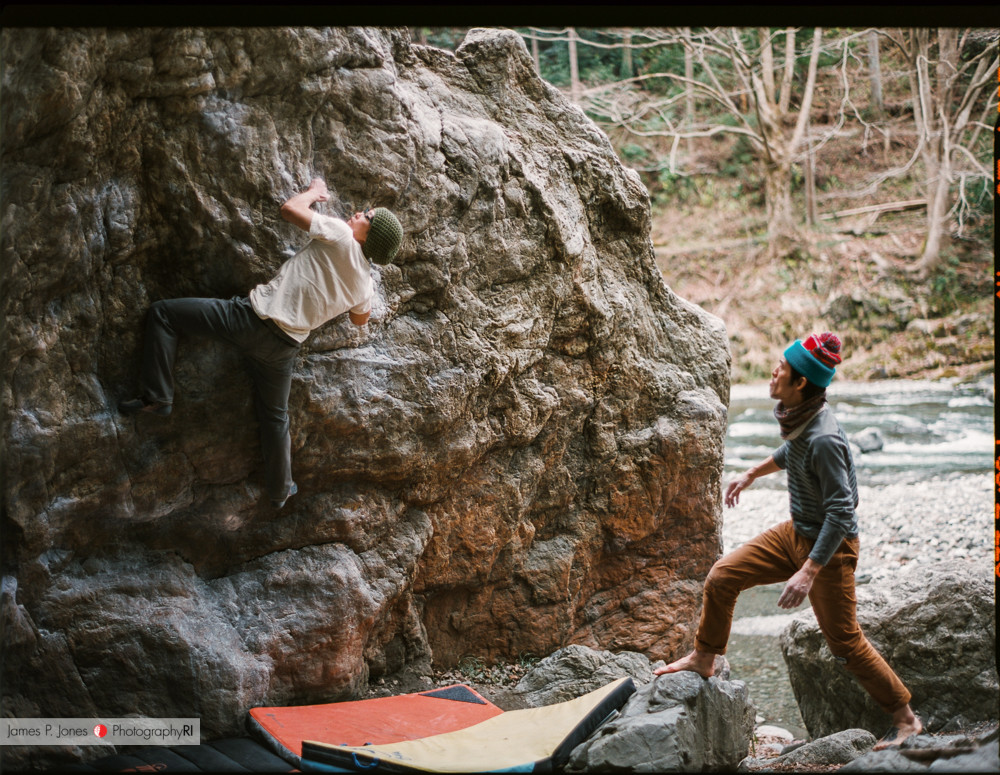 We only had 1 day that could really work for climbing photos – anything else and we would have to rearrange our schedule. It’s a story for another day, but we also visited my family’s ancestral temple, the home temple for Zen Buddhism in Fukui. Our window for climbing was severely limited. 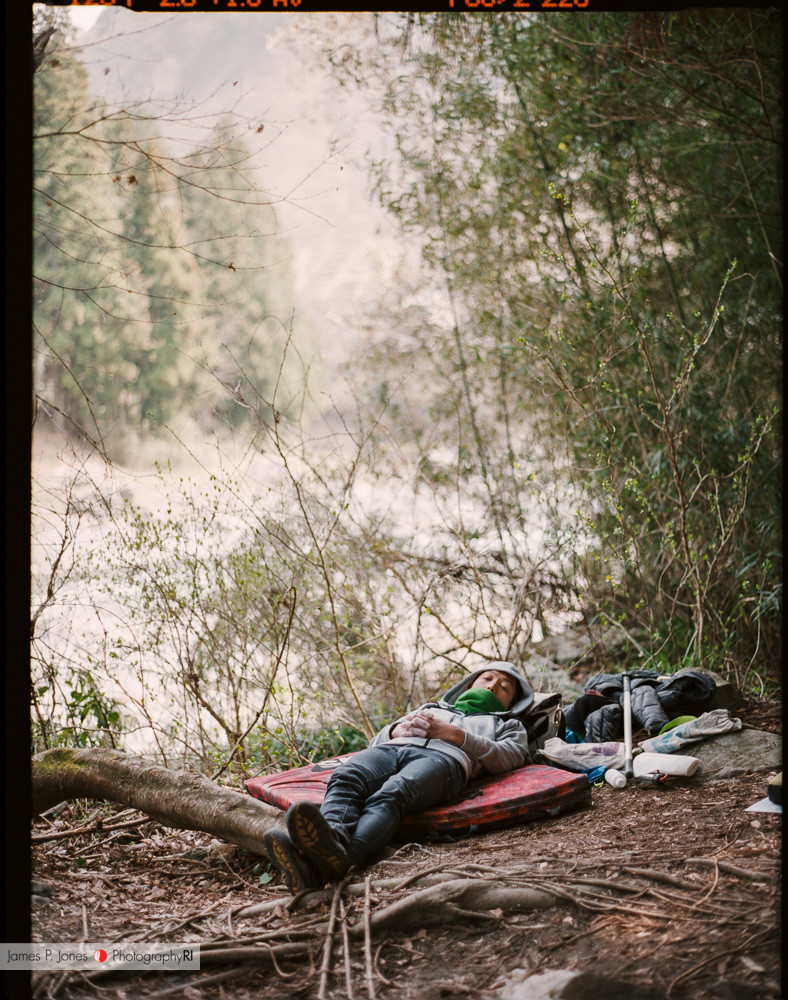 We arrived Friday with a bang: suitcase damaged, replaced on-site, but time consuming. Got home in time to sleep. The next day, we headed straight out to 3 or 4 camera shops spread across Yokohama and Tokyo. We needed to get film for our bouldering shoot and also explore some back-up lighting options in case the suitcase incident caused unforeseen issues with our primary lighting (we had one backup but we like having a plan C). 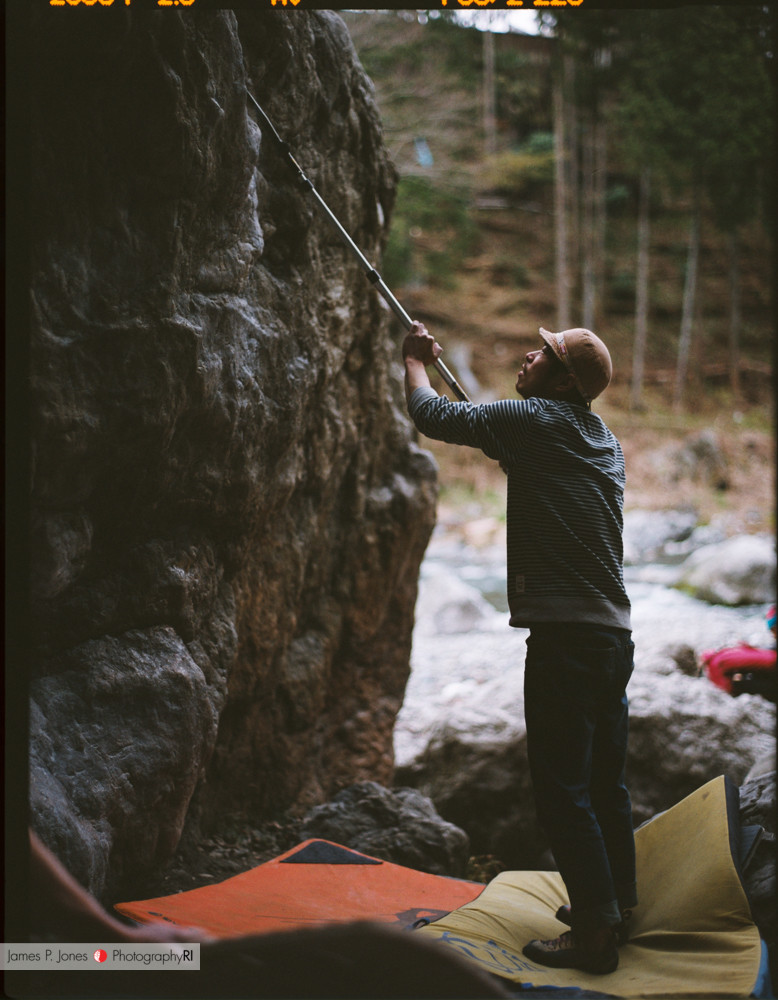 I called Hiro, a climber I had met for a few minutes a couple of years ago out in the woods. He had found our site online and with that we were able to get in touch. He kindly offered to act as a guide to Mitake for us. I liked the idea of traveling in with someone partially because it is also a guarantee that you will get to photograph at least one person. 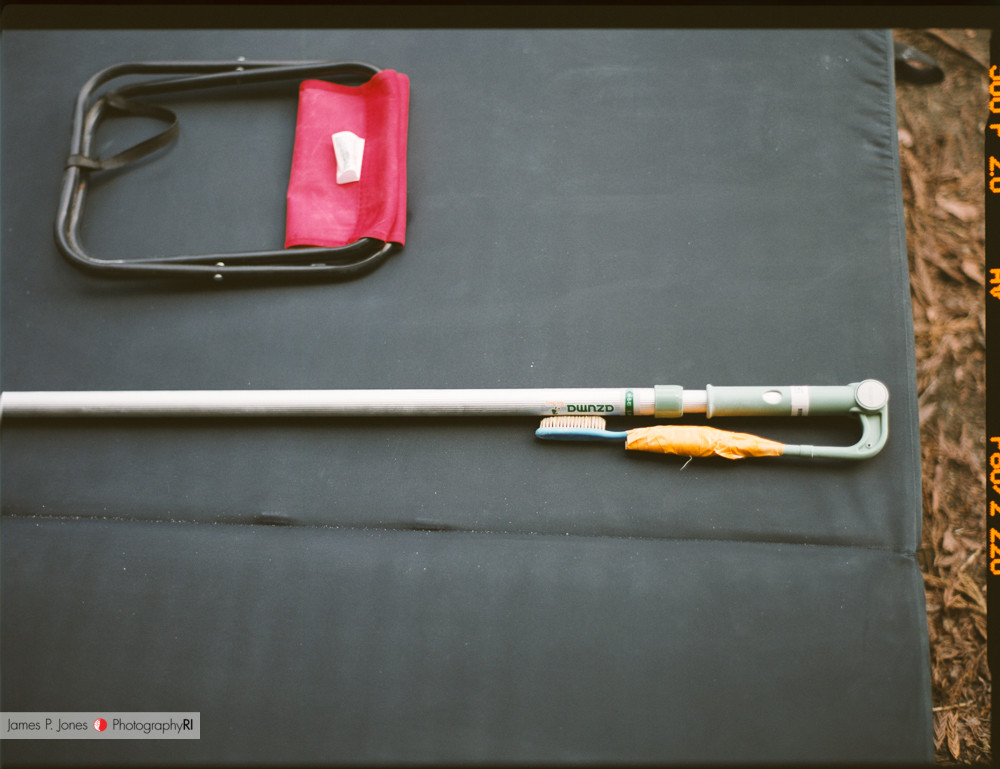 It was an early start but jet-lag was on our side. We got out the door sometime before 7:30am and got to Mitake around 9:30am. Hiro hadn’t been as lucky getting out the door and he had left me a message saying he had overslept. Apparently he rented a car to try and scoot in (at some expense) and got stuck in traffic instead. Not a big deal – we puttered around the station area until he arrived. I also misread his text and didn’t realize he was driving, so I was waiting with eager anticipation every time a train arrived. Such is life. It was a beautiful morning. 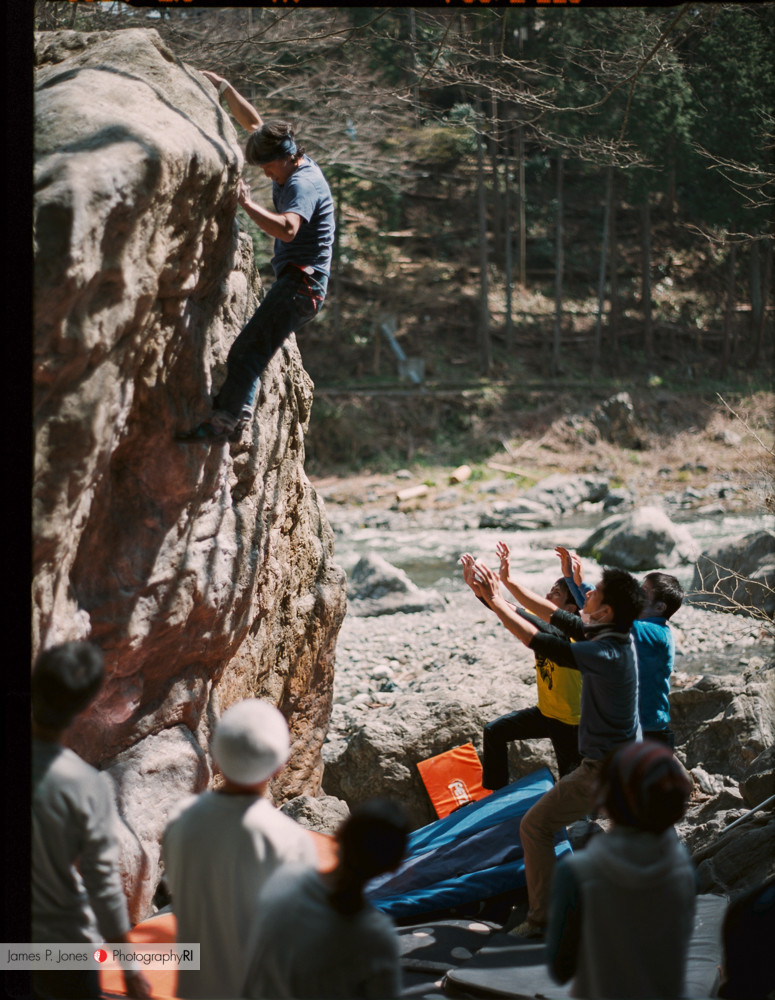 Truth be told I prefer partially cloudy days (or even overcast) for climbing photography. I’m not really shooting epic landscape shots – we’re documenting the intimate and mundane. We’re interested in the culture of climbing – the people and what they bring with them to the woods. 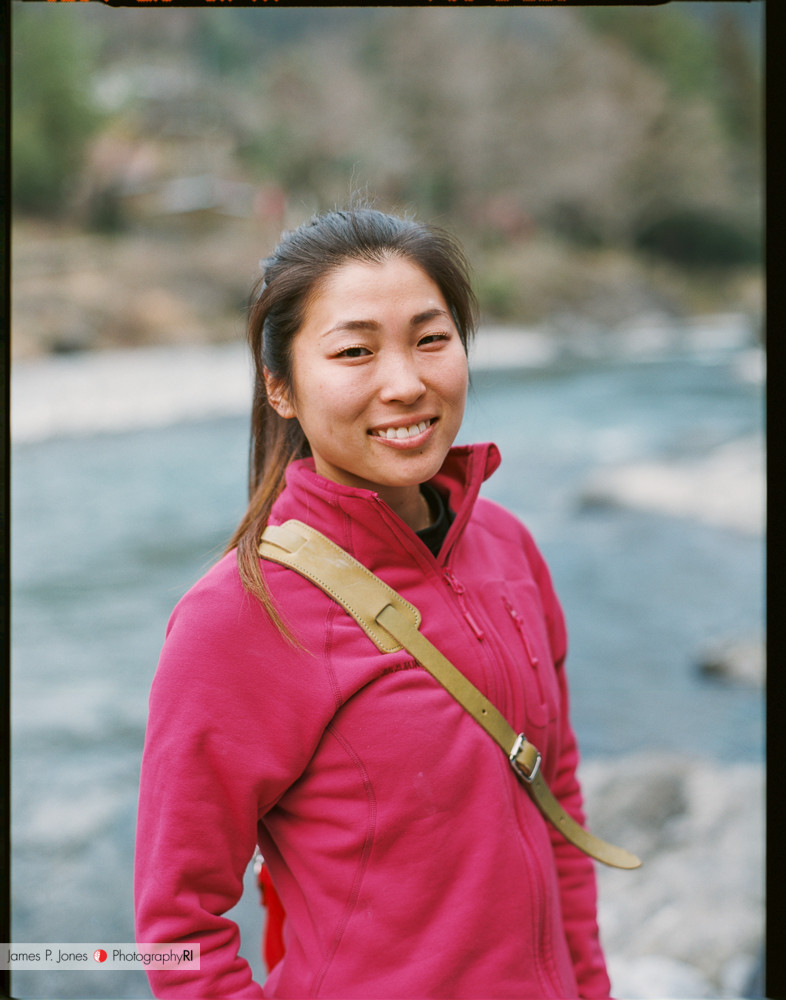 Mitake is a place in Tokyo Prefecture (like NY state vs. city) that is easily accessible via public transportation. The area is a mecca for day hikers and outdoor sports. The river is beautiful and bitterly cold. I know this because when I was in 8th grade I camped a little further up the river for a school trip and I think I still have some frozen brain cells from jumping in that river… also, a distaste for poorly cooked corned beef. 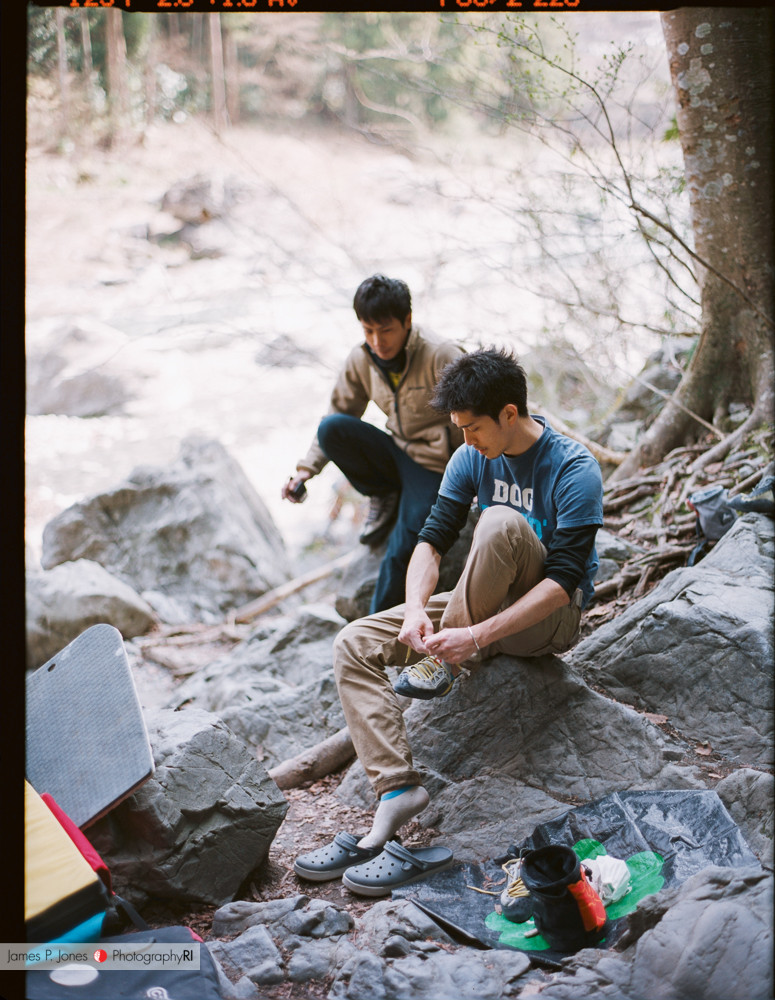 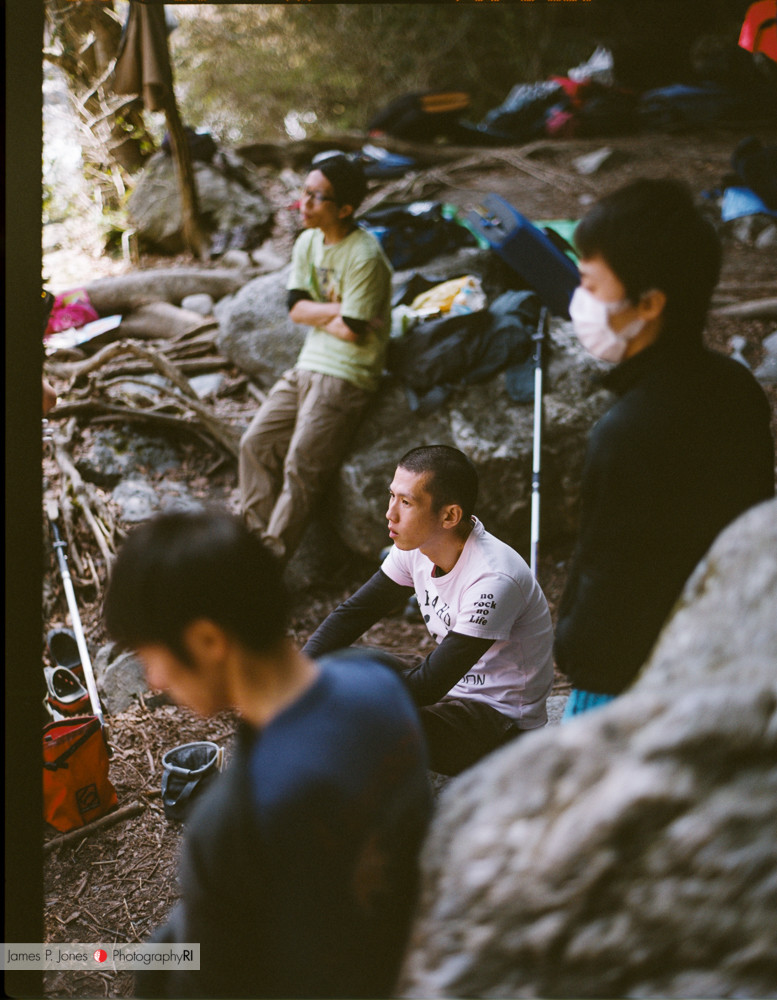 Hiro rolled in with his rental car and we headed off to “Dead End.” I may be totally off on these names – my brain was jet-lagged when Hiro told them to me. We jumped in, found parking (where a noted stray cat lives), and walked a few minutes into the woods. 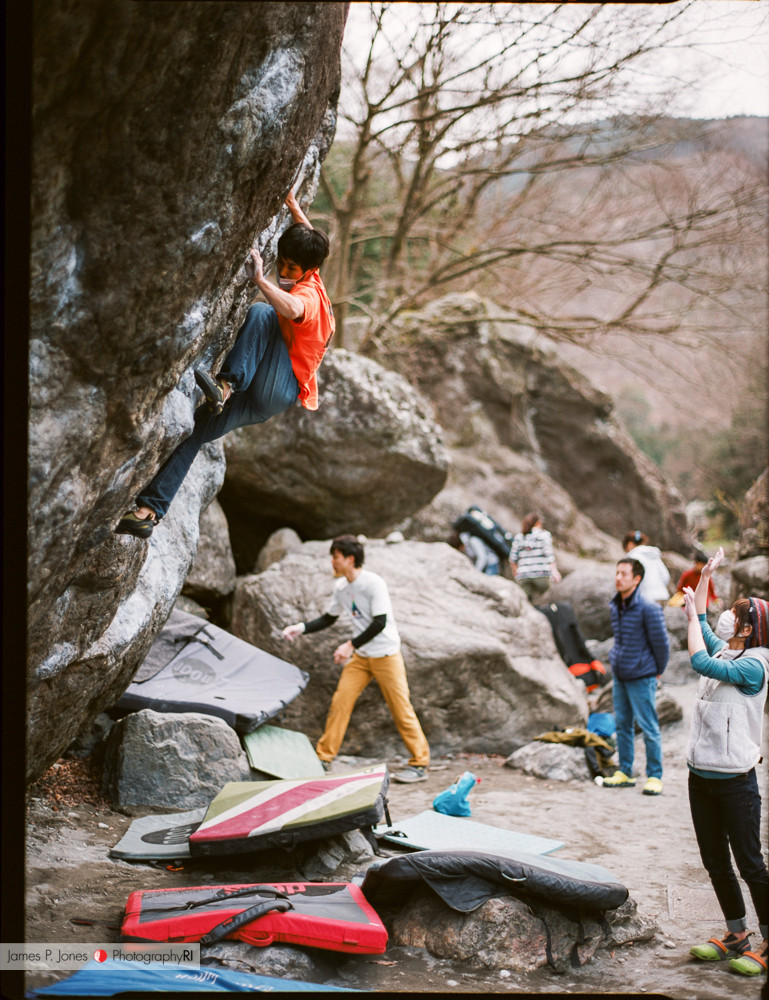 A bunch of people were hanging out. It’s like every other time I’ve walked in to a group of people (except more so). I announced my intentions. Everyone was cool so I began working my way in. It was pretty quiet considering how many people were there. 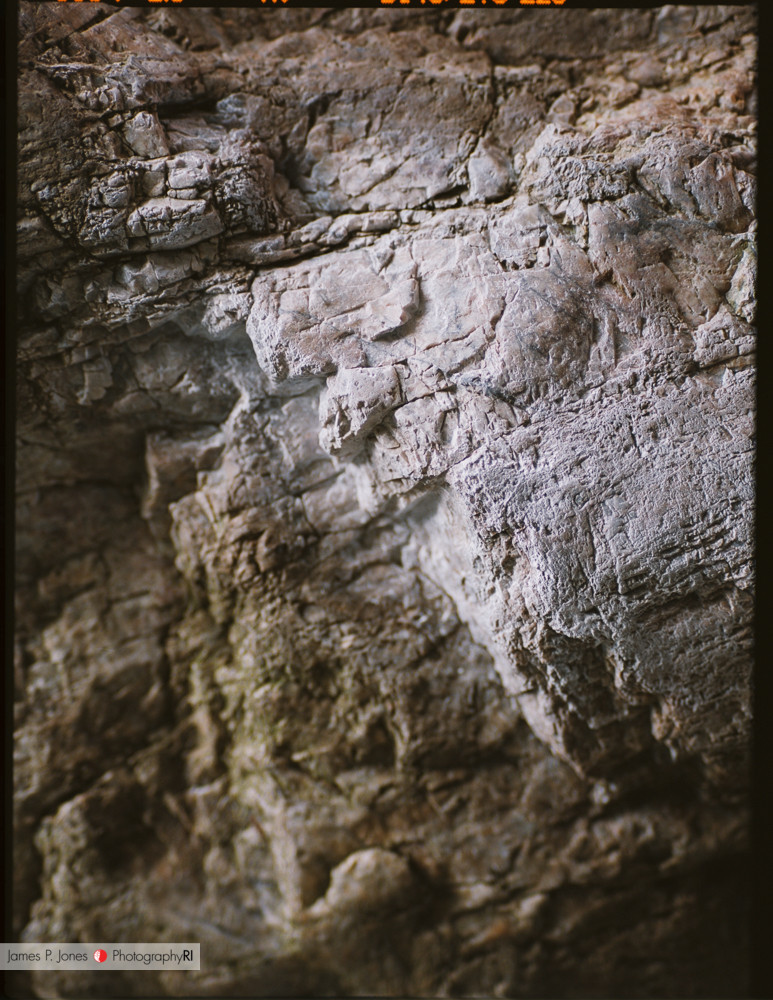 My beautiful overcast sky had turned into my clear blue noon-time enemy. Not the end of the world but not my ideal. Still, we’re in the woods and for the most part shaded by trees. Also, I was shooting climbing in Japan so what the hell did I have to complain about. 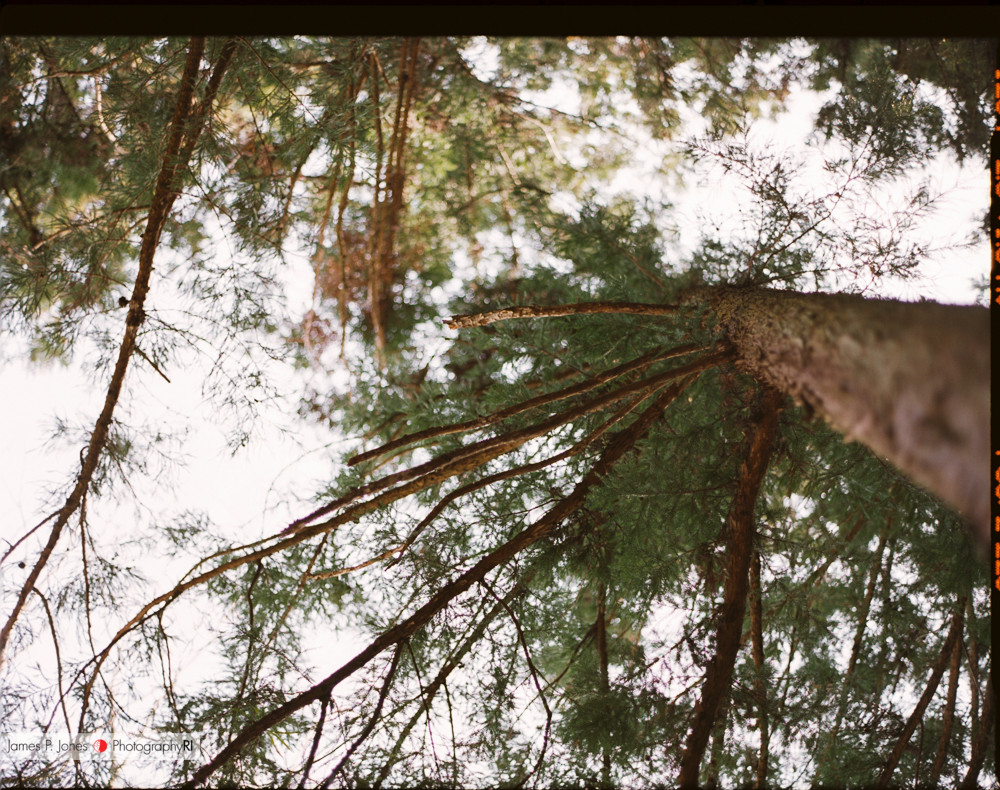 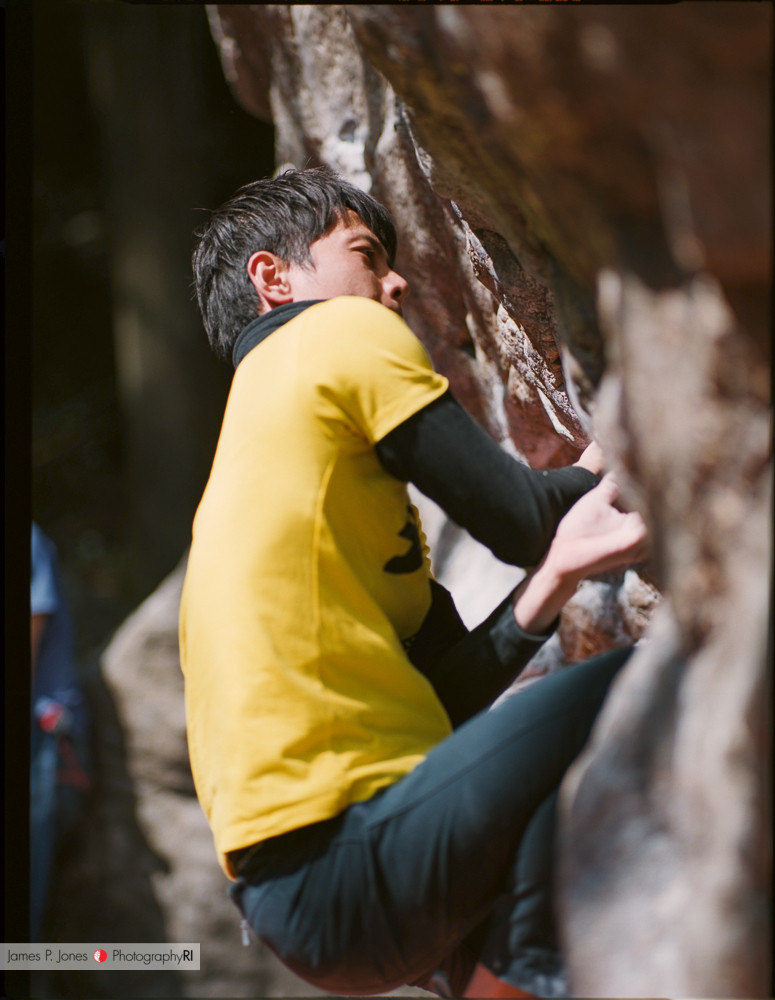 My spoken language skills are sufficient for daily life in Japan. But, I don’t think I’ve written anything in years (with a pen instead of a computer). At least a couple of the climbers were deaf so when I asked them about shooting their portraits I suddenly realized that I needed a different way to communicate. Pen and paper in hand thankfully they could interpret my abstract stylization of a written language. Also, they were super friendly and patient which helped. 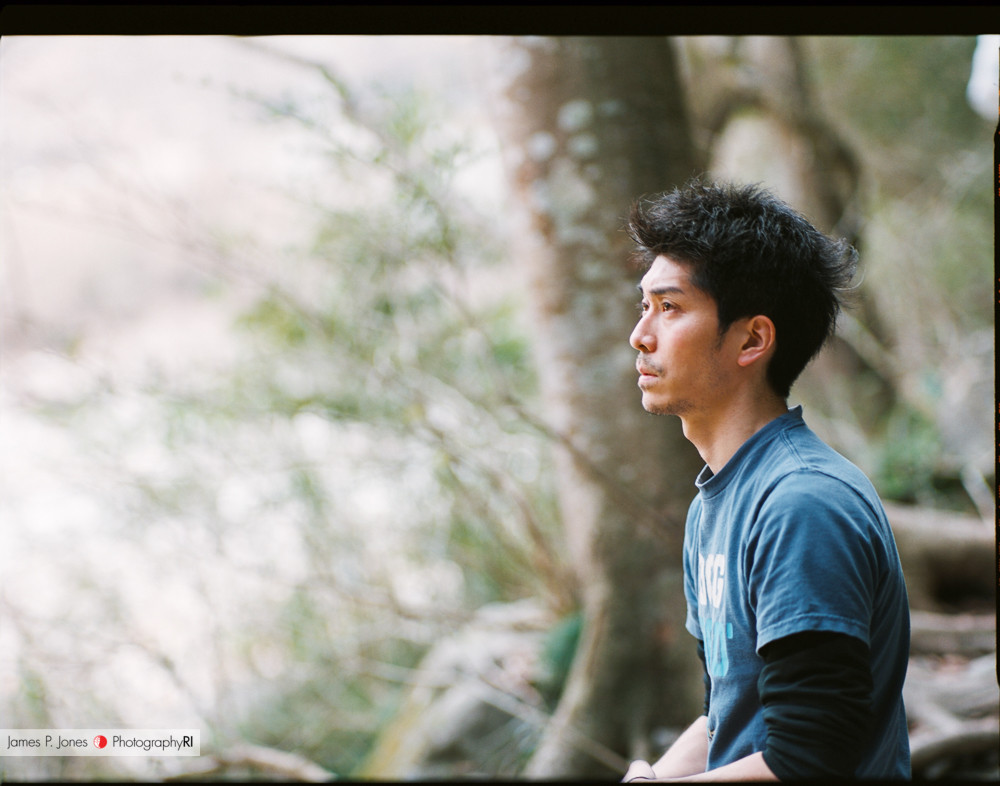 Climbers in Japan were very much like any other climbers I’ve met except for 2 things. They were quieter when people were on the wall. No French or Spanish or English encouragement was propelling them up the wall or reminding them to breathe. Instead they were left to their own devices. I think it’s a mixed blessing. I don’t think I would enjoy everyone with an opinion talking to me but at the same time it was almost a touch somber. It could have been this day and this place. I’m curious to see more. 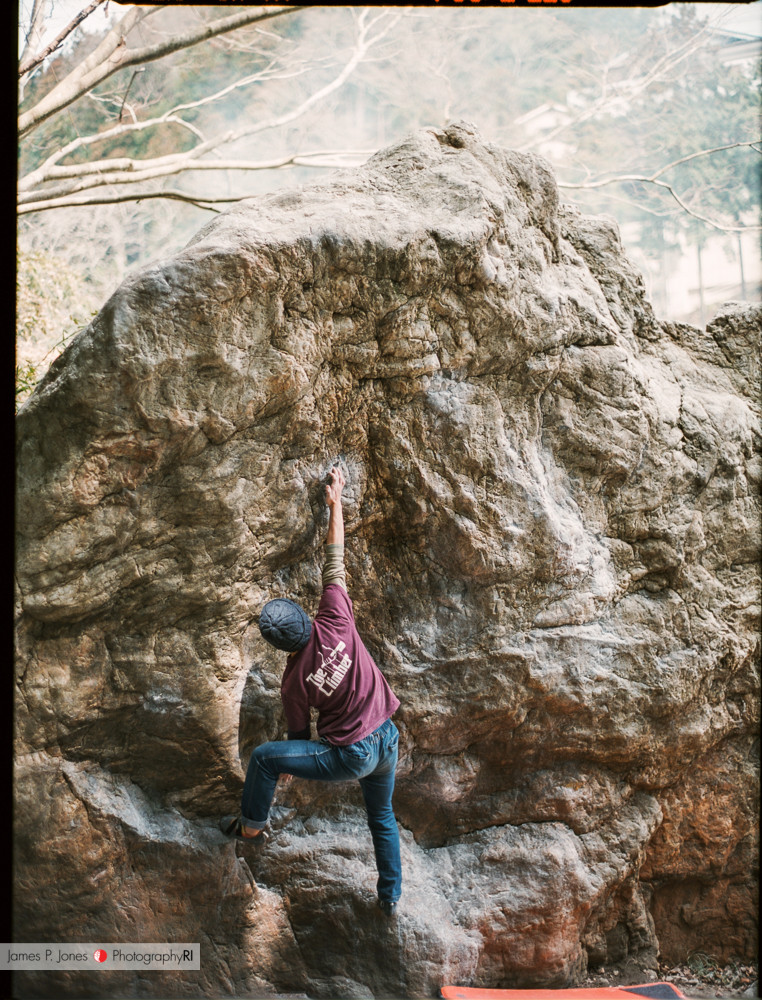 The other thing we found fascinating what that basically everyone was wearing some Crocs derivative. I asked about it and it’s because they are easy to slip on over climbing shoes – allowing you to basically never take them off. They were everywhere. Universal. 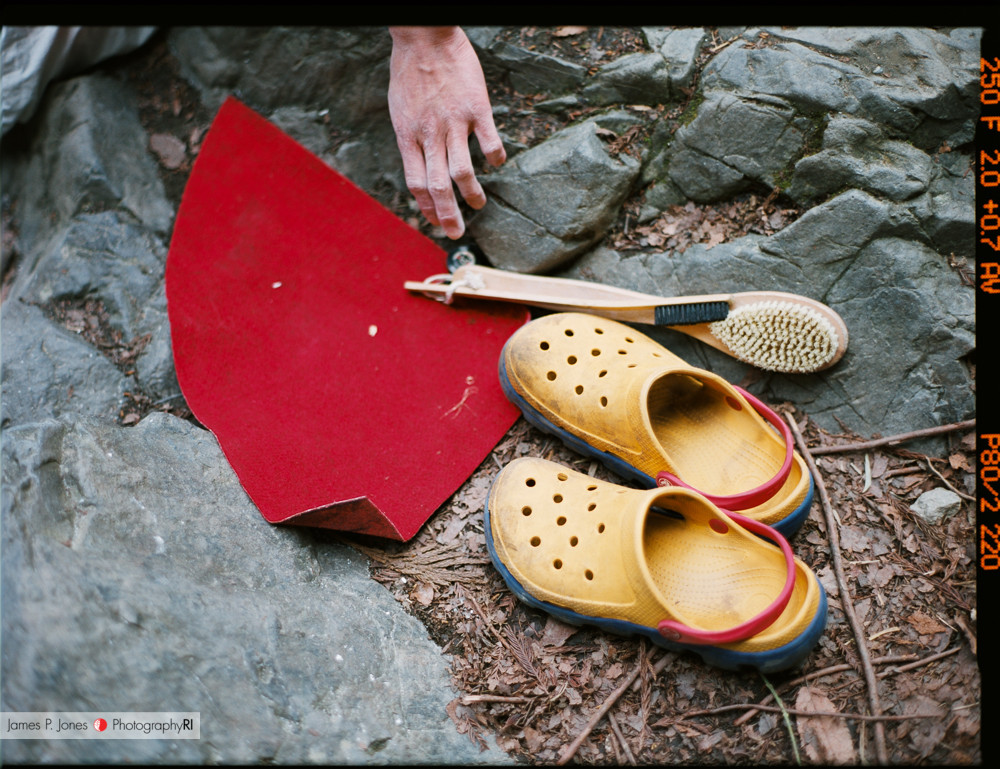 Japan has its own climbing difficulty rating system that follows a format similar to martial arts. Someone explained the system conversion to western V numbers for me but I don’t remember it. You can find it on Wikipedia if you to read it sometime. 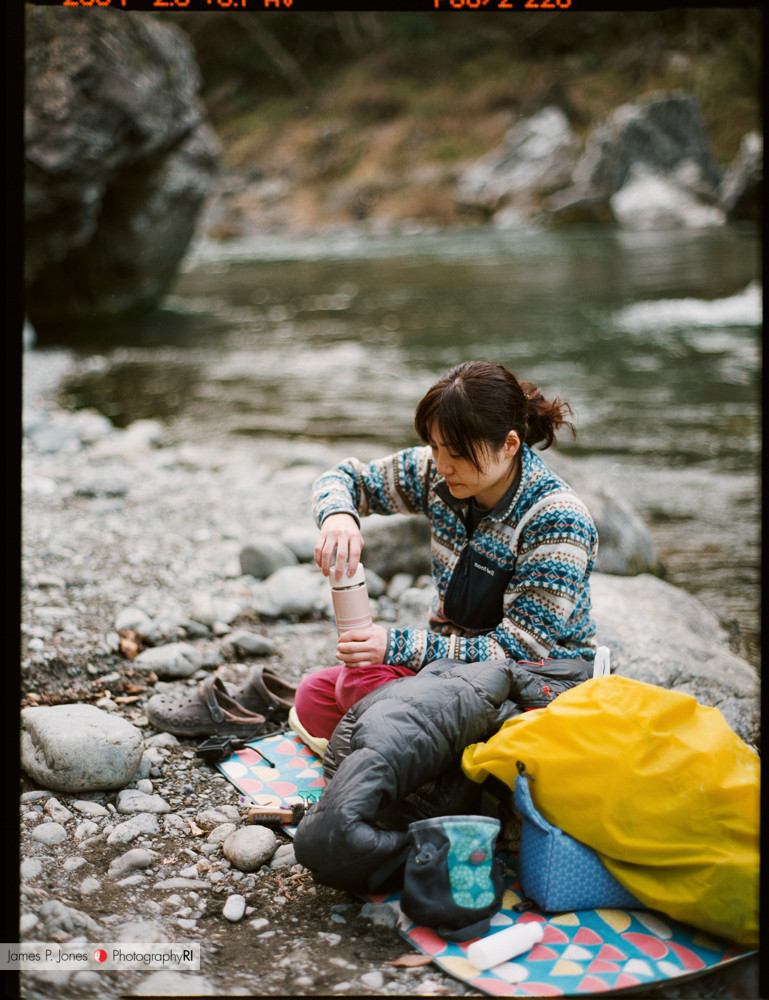 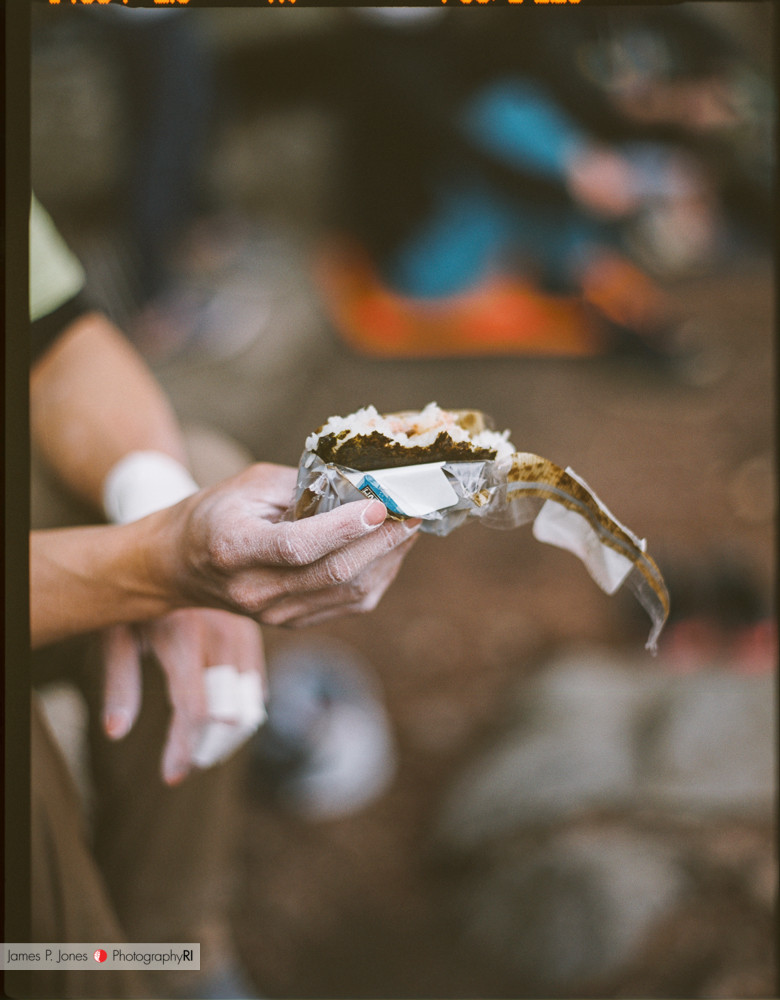 Not surprisingly, the food was different. No avocados that I saw. But, plenty of onigiri (stuff rice balls). Onigiri are the bomb. We love some “sea chicken mayo” onigiri. It may sound gross but it’s the best thing ever and most of the reason we have managed to survive many travels to Japan. The genre of food (many different stuffing options available) is the perfect travel companion. 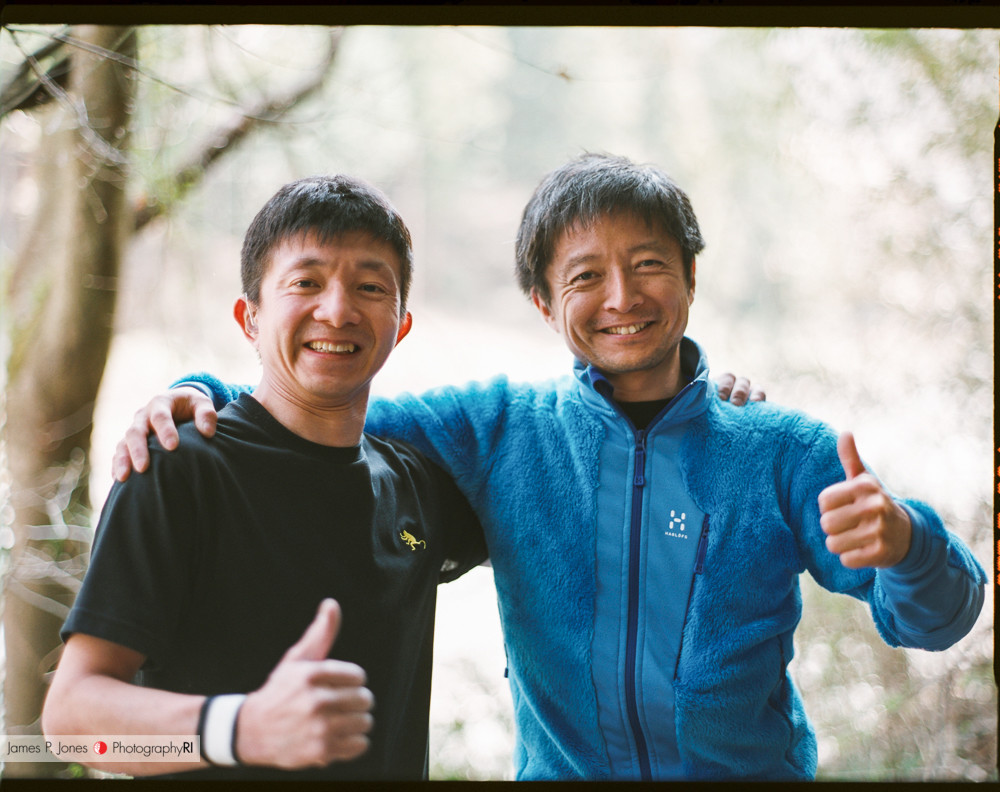 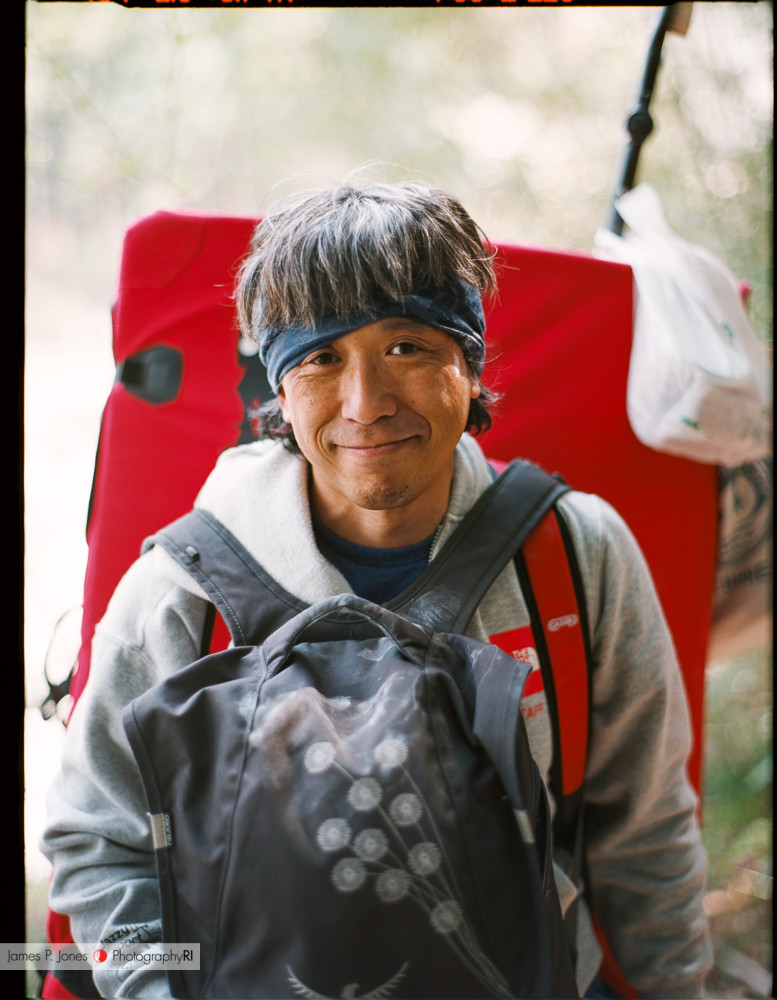 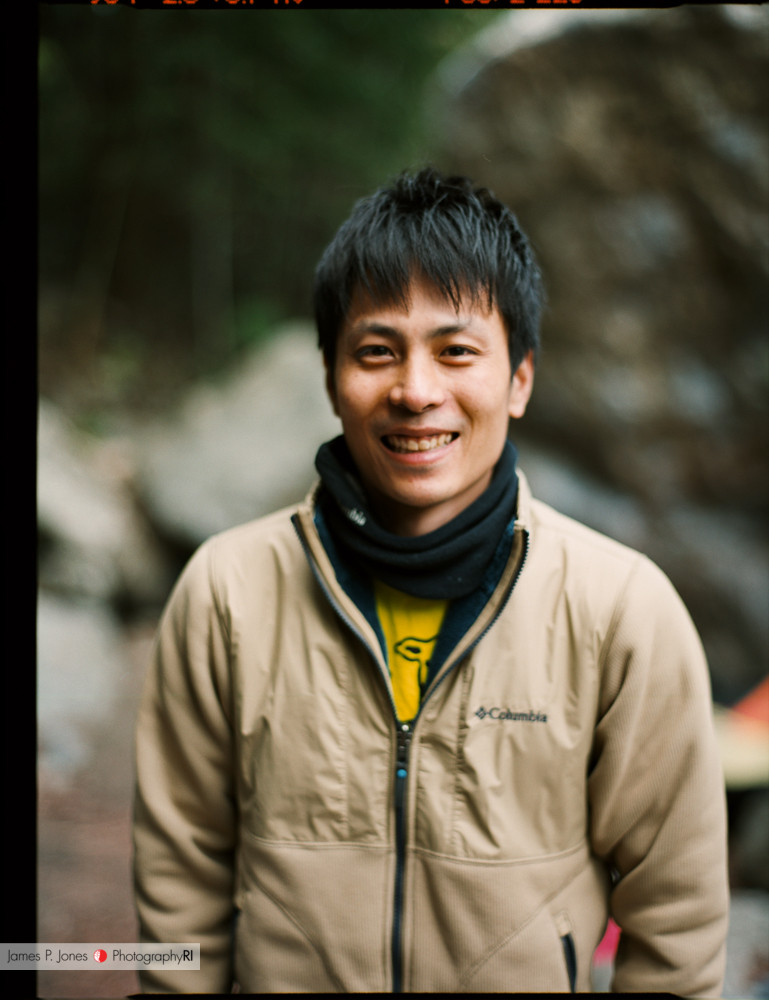 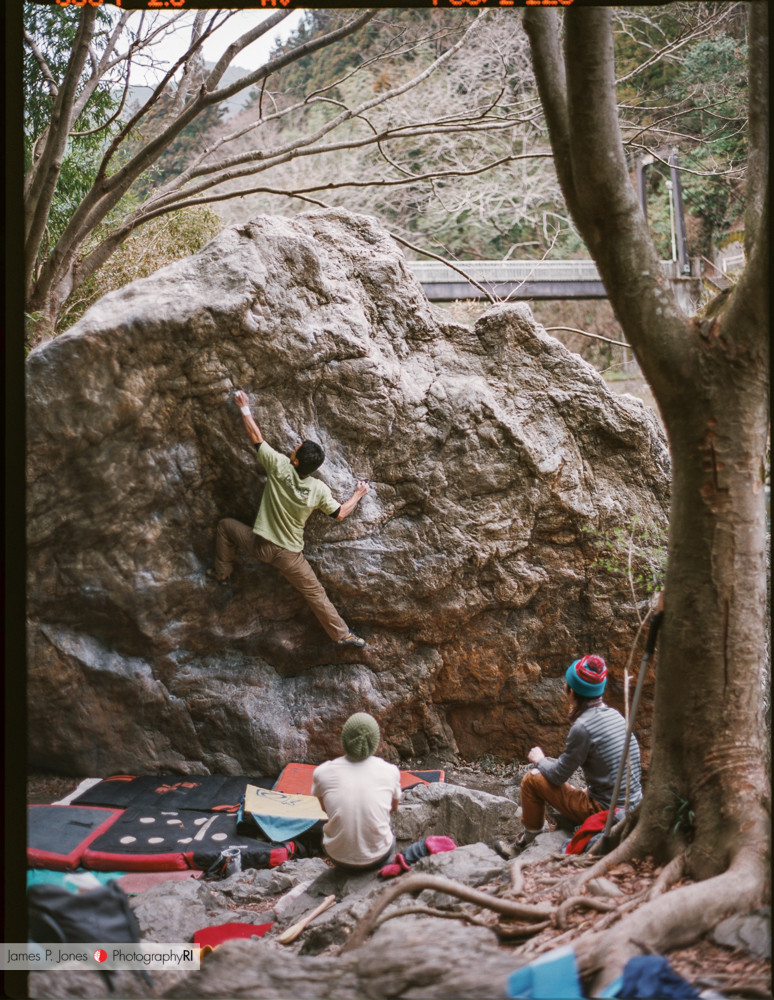 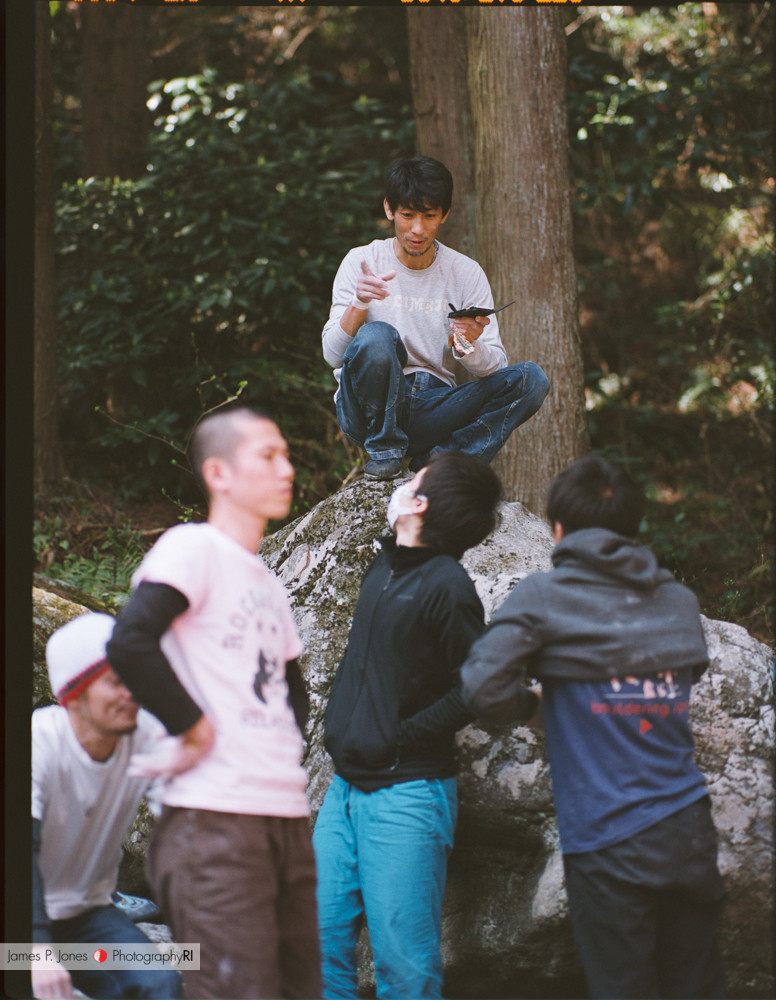 We did eat pizza this day though. There was a little Italian restaurant overlooking the river. I was planning on a 7-11 meal (which are actually delicious in Japan) but going all the way back there and then over to the next place would take too long. Instead, good pizza and good convo were had. We traversed through one of the many mountain tunnels, which I never knew were walkable, to our next location. 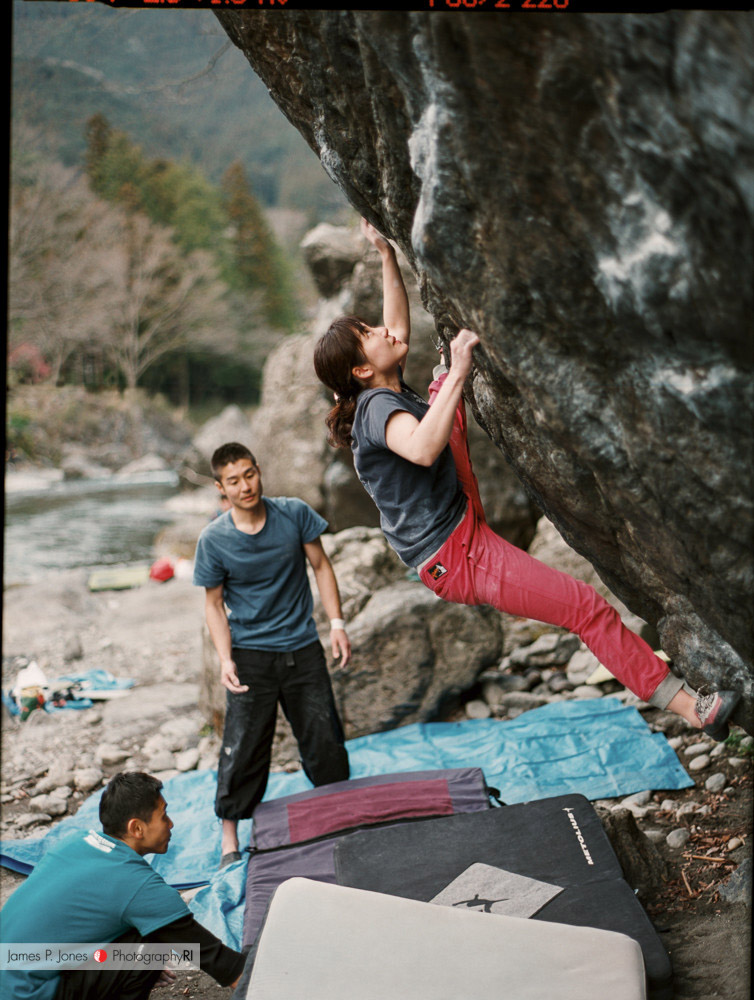 The day was in full swing though the light was beginning to fade (as was our energy). By 3pm you want to take a nap with the jet lag. By 10pm you want to give up life. You’ll give your right arm for some sleep. But you must persevere and we did. 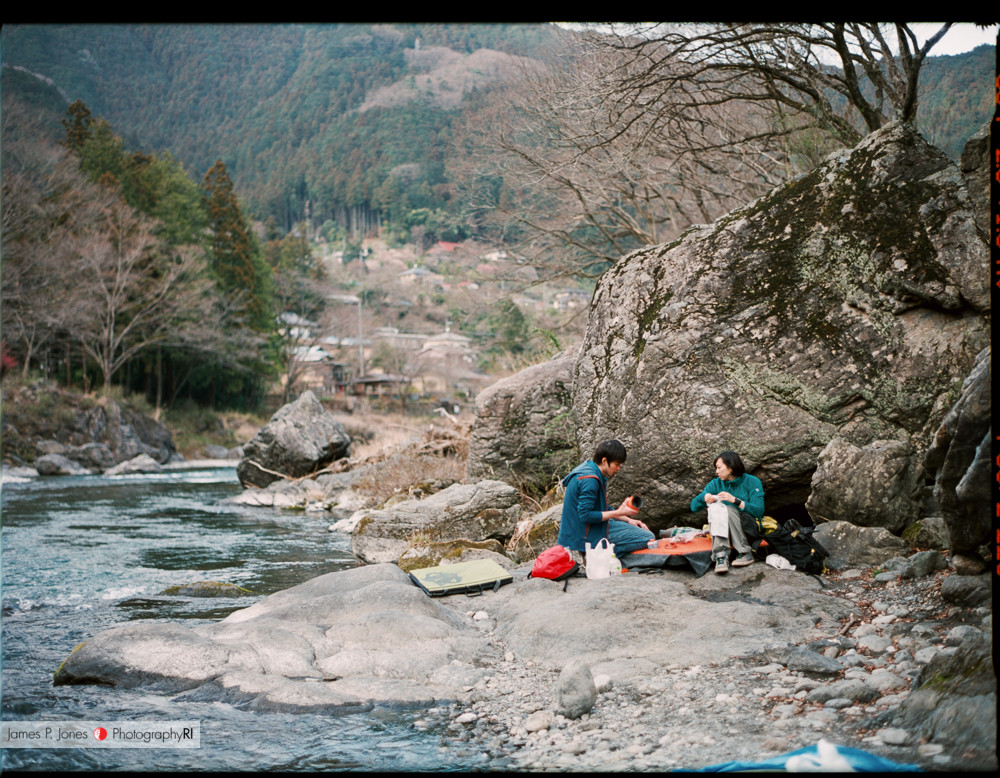 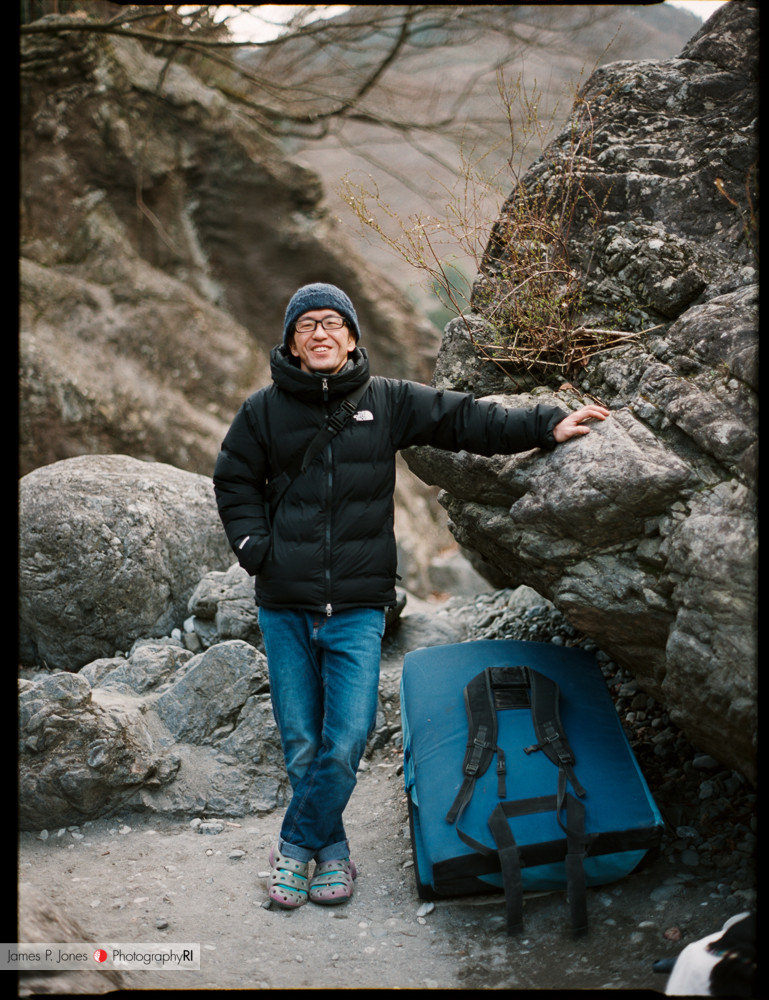 When we walked out of there we were psyched. Despite the weather looking really questionable the day had worked out. We honestly didn’t think we would get the chance as the weather and timing just weren’t going in our favor. But, the magic happened. Our gear had survived. We had taken climbing photos. They really just scratch the surface and I think we could do more and better. But that’s for next time. My thanks to all the climbers but especially Hiro, whose participation gave us the push to make it happen. 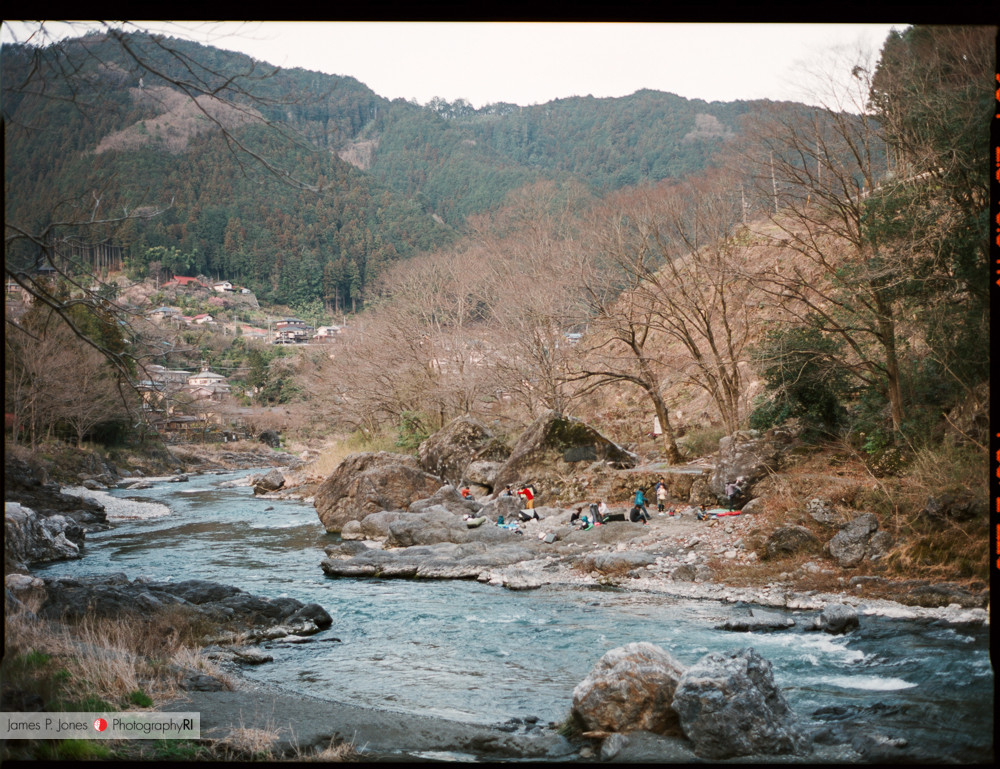