Film. Just when you think you’re out… it pulls you back in. and dies.

or “Shooting Polaroid film and the demise of B&W.”

What is it about instagram? Is it the sharing? Probably. But it also makes photos look cool. Before instagram was Polaroid. If you’re old enough to remember the little bubble flash sticks you probably remember how cool they seemed. I was super impressed by them when I was a kid. I never did own a Polaroid… until now anyway. 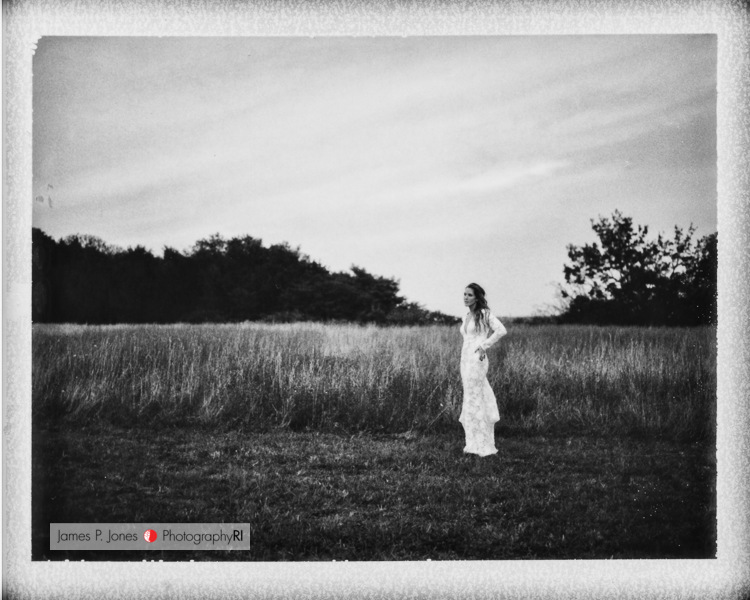 Amie has this beat up, duct taped, 70’s relic called a Polaroid Land Camera. It is old enough that it has a bellows (the accordion looking paper between the lens and body). I think she said she spent 40 cents on it at a yard sale. Getting the battery for it was a multi-week saga. But, when it happened it was sort of amazing. Super cool photos. We immediately put it away for a couple of years. 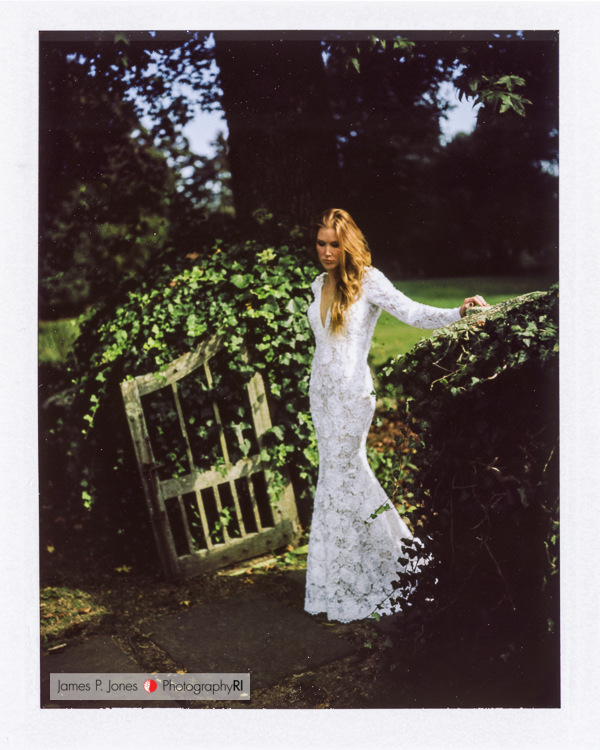 I don’t remember why we took it out again but I think it had everything to do with the large(ish) format style of photo it takes. It’s almost a 4×5. There is something magic about the larger formats. Don’t bother explaining to me how there really isn’t anything technically that would make it true – in my placebo driven world all I can tell you is that it looks different. At its essence it makes me shoot differently. And that is all that matters. 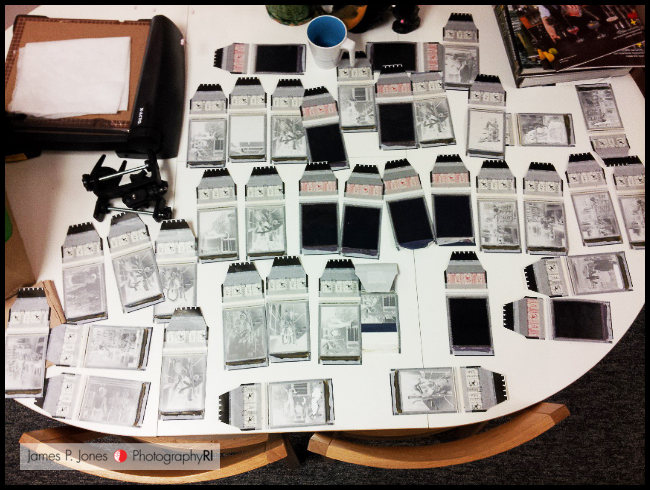 So, we photographed an engagement entirely on this little tested medium. It was incredibly fun. Amie was walking around holding a hot-light on a stick and I was moving around taking photos. It could have been 1969 based on the technology we were using. And why not. It was awesome. Not Hendrix and Woodstock awesome but at least on par with a cold drink at the end of a hot day. It was different, and refreshing, and yet somehow soothing and familiar.

It helps that the film is ISO 3000. ISO 3000! Shooting a black cat in a dark room ISO. Shooting in a crappily lit restaurant and making it look half-decent ISO.

I stole this digital file from Chris’ facebook. He took a picture of my Polaroids of Amie and him in a restaurant. It looks good! Really good.

Now it isn’t magic; I had some help. Specifically I upped the game on the gear after the engagement shoot. The Land Camera is full auto with some exposure control. But it feels a lot like driving in automatic. It will get you there but it lacks gusto. 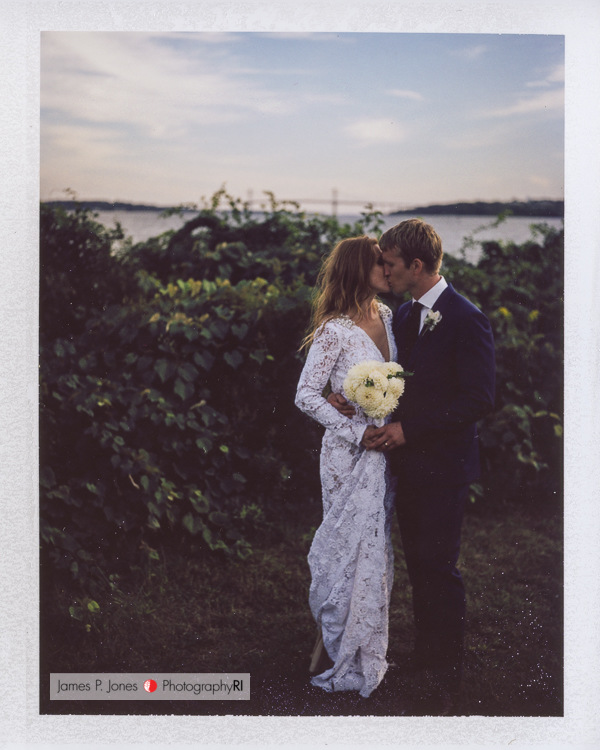 In anticipation of shooting a full wedding we acquired, from sources near and far, bits and pieces of the Polaroid 600SE. A beautiful block of a camera. Interchangeable backs, interchangeable lenses, and full-manual. I also picked up a light meter from 1986 that fits the aesthetic and works surprisingly well. I had been second-guessing my beautiful Sekonic 358, but it turns out I should have shown more faith as the two meters line up exactly. My thanks to Albert (@ Hunts Camera) for the second meter. 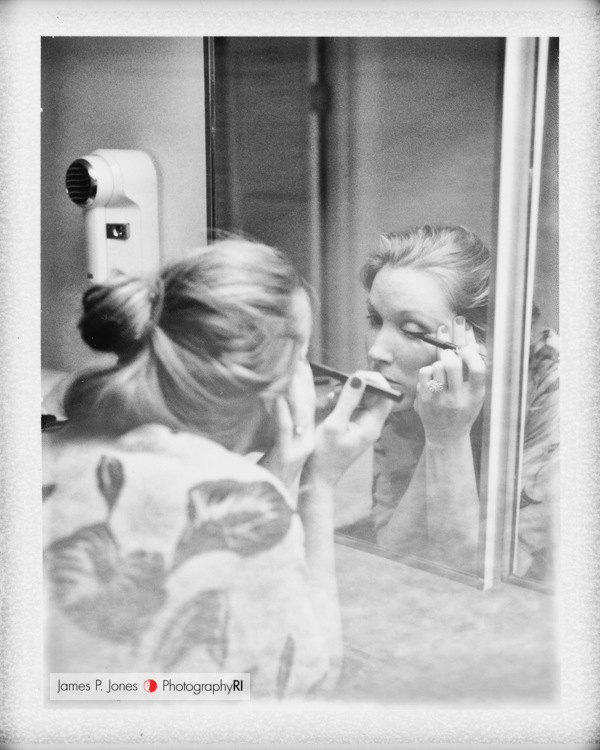 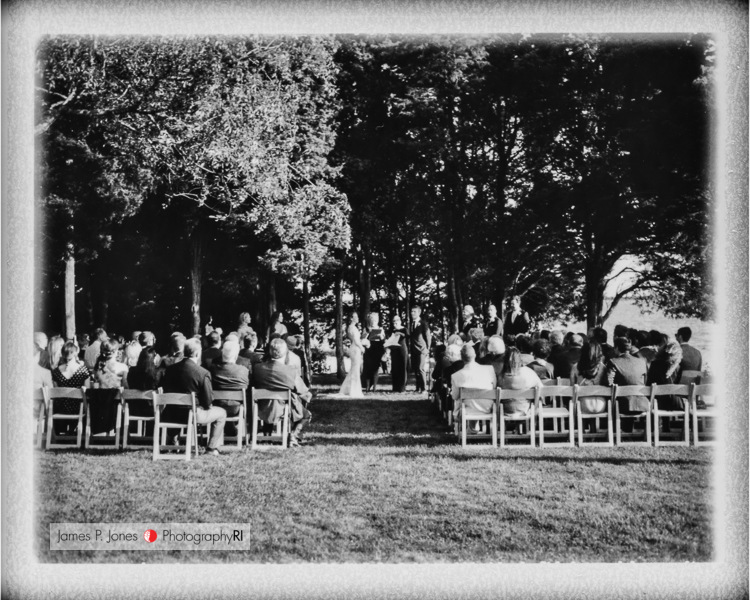 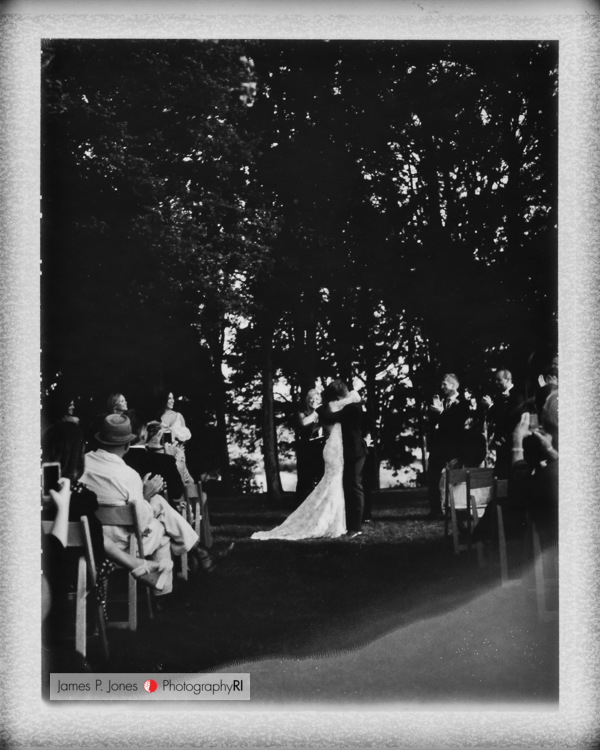 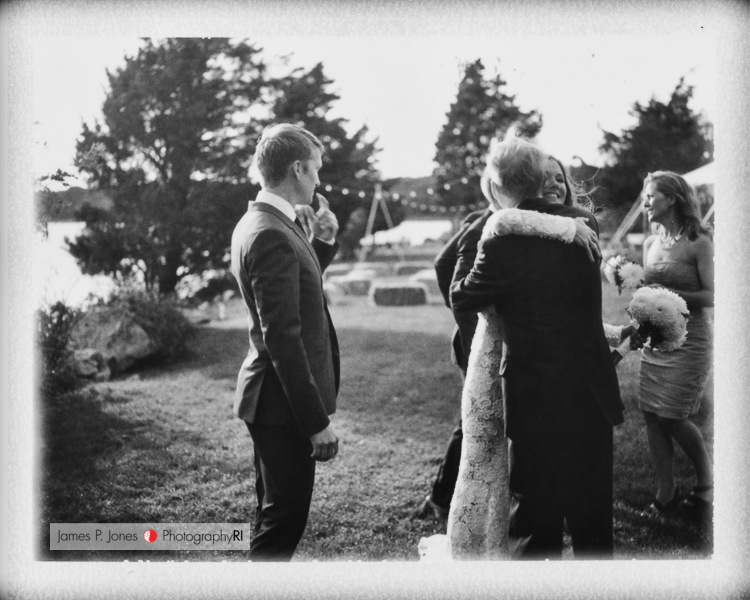 And so we photographed the wedding. We basked in the glory of beautiful B&W and color with instant gratification. And put the camera away for the last three months. I’ve been waiting to update the blog and put it out there that we are shooting film again. But… there is a sad problem. 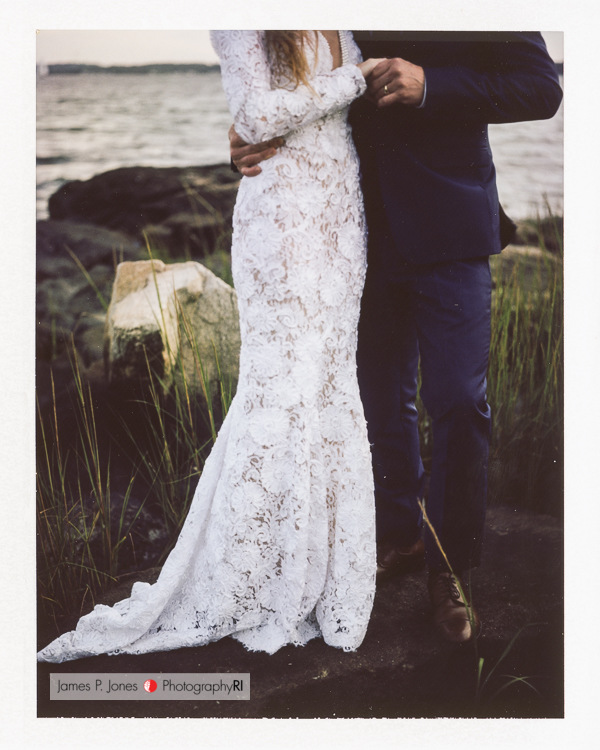 The beautiful Fuji 3000B B&W film I feel I have only just discovered has been discontinued. I call it Polaroid but Polaroid stopped making film years ago and we use a Fuji branded instant film. We caught wind of it early and acquired a reasonable stock of it. But, the prices are already double now and I suspect it will rapidly disappear. We’re still going to acquire more from far away lands. We’ll ration ourselves. We may also start shooting other B&W films. We may even start working in our darkroom again. That and we can still keep shooting color. Color isn’t going away. Yet. 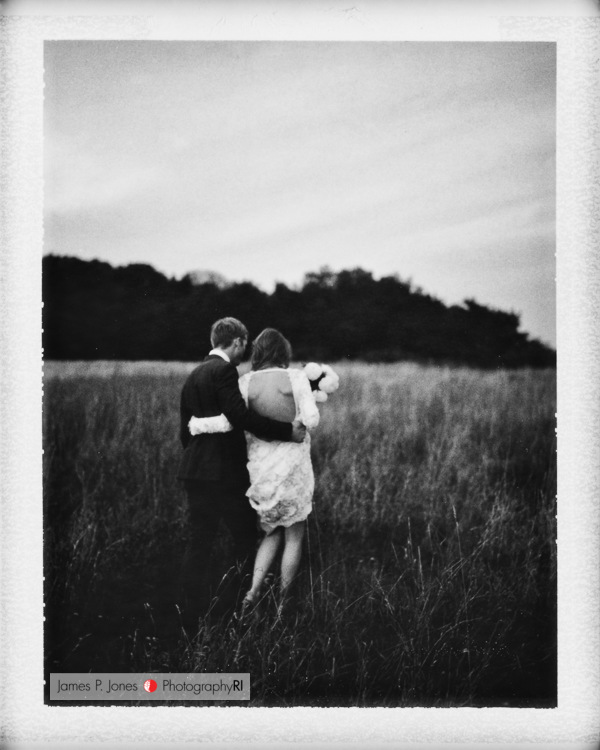 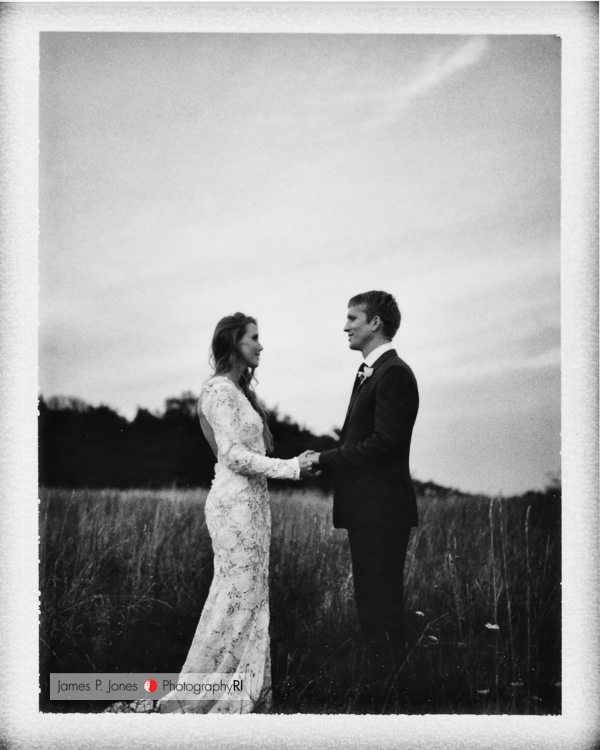 My thanks to Andy and Maria who encouraged us to explore and play with their wedding shoot. Their engagement is a couple of posts lower down. 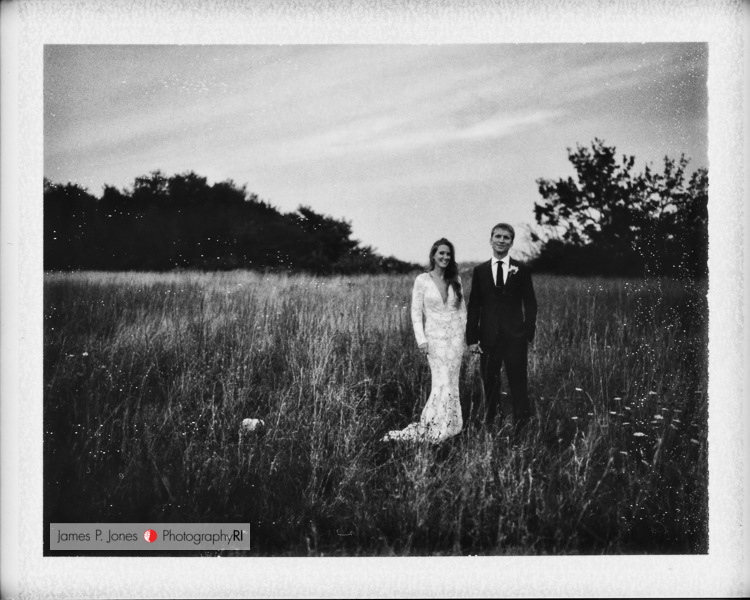 I love this last photo when it’s shown big. I love the little flowers and the whole scene rendered B&W. Now, as a note – we did shoot this wedding digitally too. Amie was on digital duty and those photos are pretty… just not the same. Sometimes its the flaws that bring the character out in an image (or at least that’s what I tell myself when I look at Amie’s photos and mine side by side and mine have the flaws). Think positive.