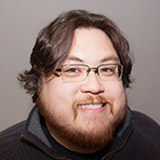 James P. Jones is an internationally published editorial and commercial photographer. He photographs climbing in his free-time (which is almost nonexistent these days) and loves all things photographic. He is a frequent contributor to Providence Monthly and Rhode Island Monthly magazines. He has won awards for both his writing and photography from the Rhode Island Press Association (2011,’12,’13, ’18). James was born in Tokyo, Japan and he worked extensively as a web designer as a teenager in Tokyo. He was an Ell Scholar at Northeastern University receiving a full academic scholarship and graduating with high honors and a dual major in music and multimedia development. After starting a successful graphic design company in Rhode Island he began developing Photography RI. Photography became his passion and his focus ever since. He is mostly bi-lingual with English and Japanese (his Japanese is a bit rusty). He is available for assignments in the US and the EU. 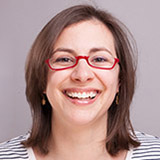 Amie Jagielow Jones is an internationally published photographer and graphic designer. Her work has been used by the Boston Symphony, Miriam Hospital, Harvard University, and many others. Amie was born in Connecticut and she graduated with high honors from a Boston-area university where she studied graphic design and multimedia. Amie has an eclectic range of talents; a display of insects she arranged can be seen at the Harvard Museum of Natural History. Amie has a Masters degree in Library and Information Science and she is an avid reader. She is passionate about photography and capturing the stories that unfold in front of her camera. As a designer and photographer Amie is able to see beyond just the moment in front of her to how the image translates to the printed image. Amie is able to get around in French and she’s working on her Japanese.